The recent debate in the European Parliament on the rule of law situation in Poland (Strasbourg, October 19 2021) and the response by the European Commission and the EP itself, marked a major development in the long running  controversy between Poland’s present rulers and the EU institutions. The latter argue that EU institutions  have no right to interfere in the way they order their country’s judicial system  while the EU and its court in Luxembourg insists that recent changes (contested by significant numbers of Polish judges, prosecutors and lawyers) must not contravene principles of judicial independence accepted in EU member states. As the Court of Justice of the European Union has found that these principles  enshrined in EU treaties have been contravened, the Court and the European Commission is insisting that they should be reversed.

The Polish government, led by the Law and Justice party which came to power in a democratic election in the autumn 2015 soon moved to limit judicial independence. It also took control of the country’s Public Service Media (PSM) in the first half of 2016. These media, both radio and television, have since ignored legal stipulations contained in Poland’s 1992 broadcast law and failed to fulfill their legal  obligation to provide balanced coverage of events, especially at election times when PSM bias towards the ruling party has been criticised by successive electoral monitoring teams from the OSCE.

On the occasion of the October 21 debate in the EP, the Society of Journalists, a small group of independent journalists established in 2012 with the aim of upholding journalistic standards, decided to monitor the coverage by the state controlled PSM of the proceedings. Many of the PSM audience are country dwellers  who make up a large share of the ruling party’s electorate and have few other sources of information on public affairs. Indeed one of the main functions of the PSM in Poland is to consolidate the ruling party’s support rather than to inform the population through a public service which is funded by  tax payers be it through a licence fee or a significant annual budgetary subsidy. This fact of public funding underlies the main assumption of PSM which is that they should serve the entire population in a fair and inclusive way as decreed  by the 1992 law. In reality all of Poland’s taxpayers currently fund a propaganda operation for the ruling party.

The enclosed packet includes an analysis of the main PSM television evening news broadcast on the day of the debate authored by Andrzej Krajewski, a TD board member, as well as extracts from that broadcast. There is also an account of the way the debate was reported by TVP Info, a PSM 24 hours news channel, as it ran its course. Accounts of coverage by Polish Radio can be found on our website LINK LINK LINK.

The accounts show that those Polish viewers and listeners who chose to tune in were overwhelmingly exposed to the Polish government’s side of the controversy with coverage of the debate concentrating on Prime Minister Morawiecki’s arguments, the interventions of Polish pro government MEPs as well as sympathisers from European right wing groups. Speeches by Polish oppositionist MEPs were broadcast but almost immediately criticised by PSM journalists and well versed pro government commentators. Critical voices from other member state MEPs were largely ignored. It is well worth watching the extracts from the „News” cast which paints a dismal picture of Europe’s future if the EU has its way. TVP also run constant  criticism of Donald Tusk, now returned to Poland, who is portrayed as a German agent who has been sent to Warsaw to help enslave his country by Germany. The „Fur Deutschland” insert in the TVP „News” programme is a regular event and has appeared 76 times in the „News” since the beginning of this year. The concentration on Tusk as the source of all evil is reminiscent of the way pro Orban media in Hngary continue to remind voters of Ference Gyurcsany and present Fidesz challengers as front men for the former Hungarian premier.

Polish Radio accounts are calmer in tone and journalists there appear to prefer to deliver a simply, one sided, pro government  message on the debate quoting Morawiecki extensively and backing this up with extracts from speeches by right wing allies from other EU member states. But the really vitriolic comments on the EU institutions come from TVP. The”News” broadcast as well as  the TVP Info account  of the debate show that the ruling party’s propaganda machine is not only begun to destroy the European Parliament’s positive image (Richard Legutko, the head of the ECR has suggested that the EP should be throughly reformed) but is also preparing Law and Justice’s voters for a possible  exit from the EU, despite Prime Minister Mateusz Morawiecki’s protestions to the contrary. 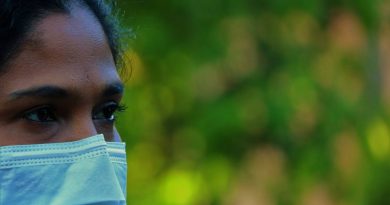 Let the media in! 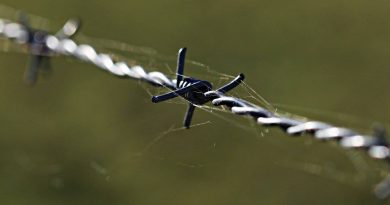 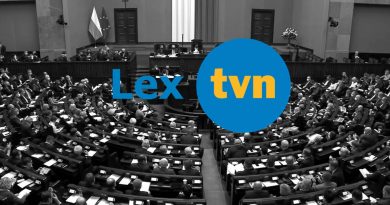 Destroying free speech is a priority for Law and Justice

Anti-SLAPP Declaration and Call to Action

On the occasion of the first European Anti-SLAPP Conference, the Coalition Against SLAPPs in Europe (CASE) today calls on governments

Statement of support for Ukraine

Destroying free speech is a priority for Law and Justice

Let the media in!

To whom it may concern

Wiadomości TVP: propaganda instead of news